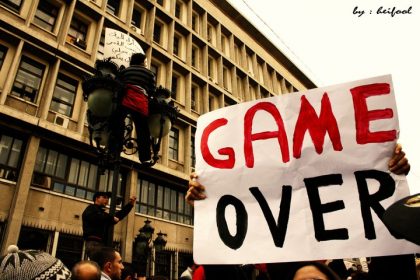 The U.S. futurist Alvin Toffler used to say that when a society reaches a certain degree of development, democracy becomes a technical necessity, not simply an ethical one.

This rule didn’t seem to apply to the Arab world. Industrialization failed, “modernity” arrived late due to colonization, and when the democratic wave destroyed dictatorships in Latin Americaand Eastern Europe, it seemed without effect in North Africa and the Middle East.

Racists pointed to the wrong cause for this phenomenon, citing cultural specificity.

The blockage was instead mainly due to external influences, above all Israel’s conflict with the Palestinians and the support that Western powers gave to dictators. In return, these regimes were mandated to defend the West’s interests in terms of security and access to oil.

Despite these obstacles, Arab societies have grown ever more complex during the past 50 years, and the technical necessity that Toffler spoke of eventually broke down all obstacles in the way of democracy — even the Western support for dictatorships.

Today, democratization progresses in different forms and at different speeds throughout the Arab world. In Syria, it is coming at a terrible human cost and in the context of a global and regional struggle for power; in Tunisia and Egypt, with a very limited degree of outside help; inLibya, with direct intervention.

However different the mechanisms and paths, all Arab dictators will fall, probably within the next 10 years. Once freed from dictatorship, Arab societies will go through a phase of instability that may be more or less violent and will last for many years. Some countries may very well fall into chaos and go back to another form of authoritarian regime. Others will become advanced democracies.

To succeed, they must overcome two types of challenges. The first is the political requirement for reconciliation and compromise among the two components of Arab societies today. These are the conservatives, focused on identity and represented by Islamists, and the secular — largely Westernized — modernists, represented by parties that are broadly categorized as democratic. The latter are an assemblage of liberals, former socialists, former nationalists and pan-Arab nationalists.

The second challenge is social and economic. This one is essentially based on a relentless battle against corruption and the establishment of an economy that must be oriented toward solidarity, departing from the ultra-free-market liberal model that would benefit only the Westernized elites.

Tunisia is presently the best-placed Arab Spring country to win this double challenge.

Despite the initial jolts inherent in any transition period, Tunisians have established a government, led by a coalition of moderate secularists and moderate Islamists. The constitution that is being prepared will result from a wide consensus that will guarantee the valuable durability for the document. The social and economic challenge is more difficult for Tunisia to resolve because the level of expectation among the least-advantaged parts of the population is very high, and resources are scarce.

That said, as soon as the constitution has been voted into law and presidential and parliamentary elections have taken place — all before the end of this year — Tunisia will be able to tackle this second challenge, too, thanks to its numerous assets. Tunisia has an educated population, human resources (in terms of the qualifications and availability of the labor force), numerous local entrepreneurs who are ready to invest, plus the help and friendship of the U.S., Europe and the Gulf countries. It also enjoys the absence of external enemies and of any real spread of Salafism, which for now threatens the country’s image more than its stability. Tunisia is a real laboratory of democracy. The success of the Tunisian experiment will have a very positive impact on the entire Arab world. Today, the motto of Tunisians is the following: We have only two options, to succeed or to succeed.