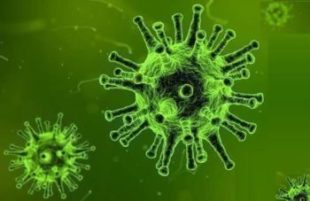 After I received the invitation to join this conversation, I asked myself: a few years from now, if God gives me life, what will I remember of these unsettling times?

The first image is that of people of many big cities applauding nurses and doctors every evening from their balconies and windows.

The second memory is that of an interview given by a German doctor. This gentleman strongly rejected the idea that we should treat only the youth and let the elderly die since there are not enough respirators for all.

These two images have something in common: they remind us of what is truly essential and important: Human dignity

The first image reminds us of a fact emphasized by the French philosopher Sandra Laugier. The most important people in a society, those who are necessary for life and survival, are the humble people whom we no longer see: Nurses, doctors, but also paramedics, cashiers, delivery men etc.

The crisis has given them visibility and dignity.  This at least is a positive outcome of this global disaster.

As to the second image, what struck me was the straight refusal of the logic that underlies our productivist and consumerist societies, the logic according to which human beings are only worth what they produce and what they consume. “If you are 80 years old and over, you don’t produce anymore, and you don’t consume much. Leave the only respirator we have left to a man or woman who may work for us another 20 years”.

It is too early to draw conclusions or make proposals for the future., This crisis has shown the unpredictability of the world in which we live.

It has exposed the extreme vulnerability and extreme interdependence of our societies.

But it has also revealed the robust resilience of the human species. Today humanity mobilizes all its knowledge to find as quickly as possible the treatment and the much-needed vaccine. Solidarity with the most deprived is organized in most parts of the world.

The symbol of this resilience for me is these musicians who play on their balcony for their neighbors, or these orchestras playing separately together on the Internet.

Today, a campaign on Facebook has started in Tunisia: Share your most beautiful photos of joy and happiness. As far as I am concerned, I will share any photo that reminds us the strength and resilience of the poorest and most deprived people, the very people who will teach us how to overcome this crisis.