Corona days -How am I still alive ? 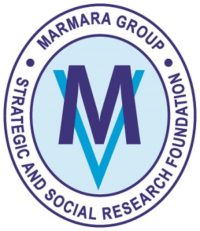 In 1962, I was a student at the French college of Tangiers, Morocco. I recall that day terrifying and exciting at once- when my classmates and our mathematics professor started debating about what we should expect and do after the breaking of the atomic war between Russian and Americans. The world then seemed on the brink of collapse: America imposed an embargo on Cuba and the Soviet decided to break it by force. People around us started storing supplies just as they are doing today.

What a relief when we heard that the Russian fleet heading to Cuba was reinserted, and that we could return and study mathematics.

After this first warning about the end of the world, we had to endure, for two decades, innumerable films describing the imminent nuclear war and how we would live in the midst of the city rubble, fighting over the last carcass.

In the 1980s, the HIV epidemic captured our compulsive fears.

I remember an article in a medical journal where an esteemed colleague contended that the epidemic would cause humanity’s extinction in around the 2000’s at the latest.

At the time, I was teaching at the Medical School in Sousse and heading the Department of Preventive Medicine where we monitored the disease’s evolution in Tunisia. I encouraged one of my PhD students to document the attitudes and behavior of the public towards the illness and HIV patients.

What a shock when I got the results of the survey!

Ordinary people were calling for the implementation of measures of total isolation. Some went as far as to advocate for killing the ”guilty” individuals. Even more unsettling was the position of public officials at the time. They passed a law that I vehemently opposed, allowing for the imprisonment of patients until … they recovered.

The third major cause of global panic was the possible shutdown of all computers at the start of the year 2000 for a technical reason that I never really understood.

How many people have lived the night of the passage to the year 2000 expecting the sky to fall on their heads!

Last but not least: according to some predictions, climate change will give me a chance to witness the sixth extinction after miraculously escaping the three aforementioned disasters.

The current epidemic is serious and raises new challenges. Of course, the situation worldwide is difficult and millions are suffering. Of course, we have to tackle seriously all its threats and consequences. Yet I am sure it will pass like all other disasters.

These crises are the main incentive for all states and civil societies to mobilize our energy, knowledge, and willingness to overcome the threats.

The human species has many flaws but it also has many qualities including resilience.

It is not a coincidence that we have overcome all the past ordeals, and we will surpass, with God’s help, this one too.